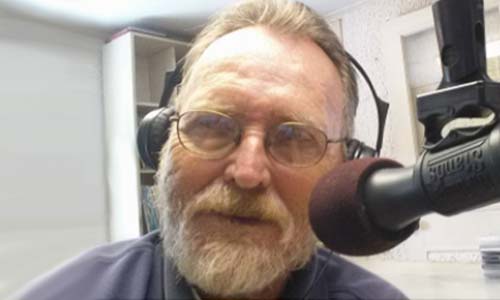 Dan In The Morning

Dan In The Morning

About Dan In The Morning

Legend has it that Dan was born with a Microphone in one hand and a cup of coffee in the other. Not really sure about how that legend got started...but it's probably true. Dan is a McDowell native, graduated from Pleasant Gardens High some time ago, and was employed by WBRM Radio in the old days. He worked with Sid Carrigan and learned a lot about the Radio business from Sid, one of the station's original voices.  Then he decided to head for the hills where he was on the air with WATA in Boone...and later at WMNC/WQXX in Morganton. Then Dan headed South to the Florida sunshine and WAOA (WA1A) where he served as Air Personality as well as Operations Manager and Program Director at the number one Contemporary Hit Radio powerhouse on the Space Coast. Then he headed for New Orleans and the on-air Program Director at KLRZ (Z-100). Now after all this time....Dan is Back, hopefully helping folks in Marion and Mcdowell County get their day off to a great start as Dan In The Morning and Keepin' It Country on FM 103.9 Oh yeah, he can be spotted most mornings with that same cup of coffee he is rumored to have been born with, and he still has that microphone too.