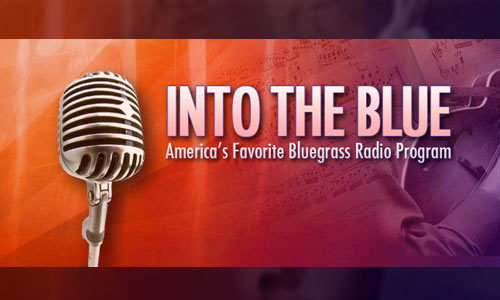 About Into the Blue

INTO THE BLUE® first aired on KUMA radio in Pendleton, Oregon in May 1992. The program was placed into commercial syndication that summer.

Now in its twenty-eighth year, INTO THE BLUE® is the longest-running bluegrass radio syndication. Airing weekly on more than 130 affiliated commercial radio stations across the nation, it is also the largest.

Hosted by Nashville’s four-time IBMA Broadcaster of the Year Terry Herd, INTO THE BLUE® features the very best in new, current, and vintage bluegrass, as well as insightful anecdotes and interviews with the stars. From time-honored classics to the hottest new releases, each and every song on INTO THE BLUE® is hand-picked from the BRN’s vast library of more than 100,000 titles.

Engaging delivery from a host with a rich musical background has made INTO THE BLUE® a favorite destination of bluegrass fans everywhere. You won’t hear a lot of chatter, but you will hear lots of great music.

Our host and founder is a four-time recipient of the IBMA Broadcaster Of The Year Award (1998, 2002, 2003, 2004) and a Grammy Award-winning songwriter. He served on the board of directors for five years, from 1998 through 2002, and was also chair of the organization’s Marketing Committee, responsible for creating the new Discover Bluegrass campaign to increase awareness of bluegrass music worldwide.

Herd was the original architect and creator of Sirius Satellite Radio’s bluegrass channel where he served as Format Manager and host from July 2000 until April 2006. During his 5-1/2 year tenure, he increased listenership on the bluegrass channel by more than 3 to 1 over then-rival XM Satellite Radio. The two companies later merged forming Sirius/XM.

In March 2006 he was invited to host the Sunday evening time slot on Nashville’s legendary WSM-AM. INTO THE BLUE® was expanded to three hours and Herd left Sirius in order to devote full time to the Bluegrass Radio Network and INTO THE BLUE®.

In addition to his ongoing love and involvement in Bluegrass Radio, Terry launched BluegrassToday.com with John Lawless (formerly of the Bluegrass Blog), in September 2011. Bluegrass Today is a daily news magazine for the bluegrass community which features the industry’s new standard bluegrass airplay charts.